In January 2008 I operate from Quito (DL9DAK/HC1) and also from Galapagos Islands (DL9DAK/HC8) in digimodes (RTTY, PSK31, MFSK, Olivia und auch Hell) only. 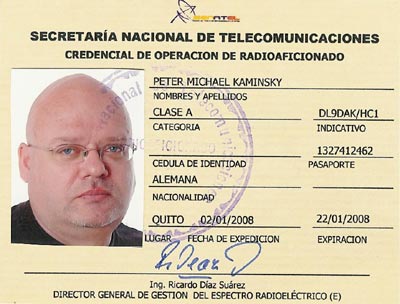 It is easy to get licence if you have all documents and forms ready and if you have anybody in Quito helping in handling all. Some amateurs are confused in operating me because the correct callsign of a foreign station in Ecuador is the home callsign plus the suffix of the province like DL9DAK/HC1 for Quito or DL9DAK/HC8 for Galapagos. So some people thinking in working a european station or confirming the callsign incorrect as HC1/DL9DAK.

We visiting friends in Quito and so the had a nice base there app. 3.000 m asl with a phantastic view of the mountains and vulcanos of the Andes arround Quito.

I operate in Quito from 5th until 12th of January 2008. I used dipoles on the buildings roof for 20 and 40 meter bands (40 m with coils). The upper leg was vertical and the lower in a 80 degrees angle. I had no antenna tuner with me. So the SWR was adjusted by shorten or lengthen the lower leg of the dipole. The antennas worked perfectly. 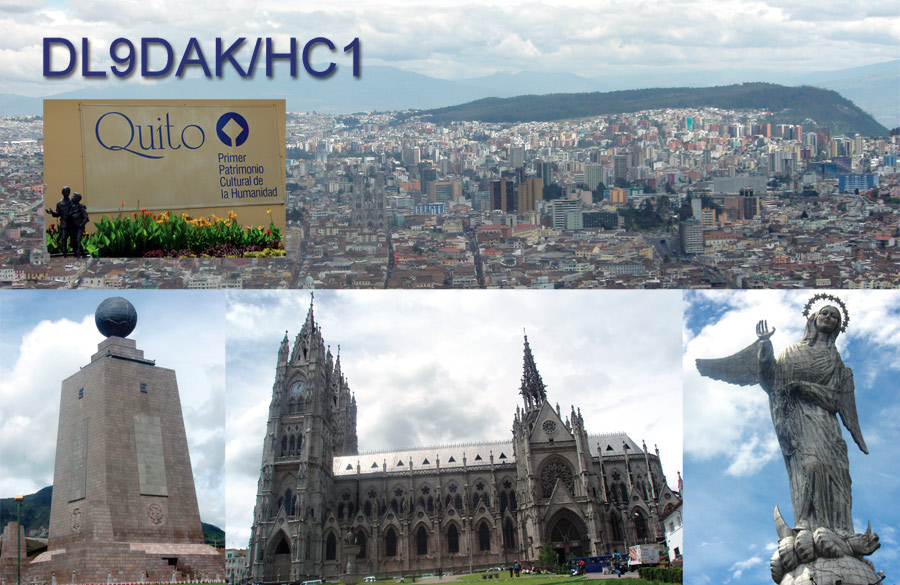 At the weekend 5th/6th of January 2008 I join the ARRL RTTY Roundup contest in Single Operator/Low Power class. I operate on 20 and 40 meters only. With 148 QSOs and 8.280 scores this result was good enougth for taking the first place in the national scores. 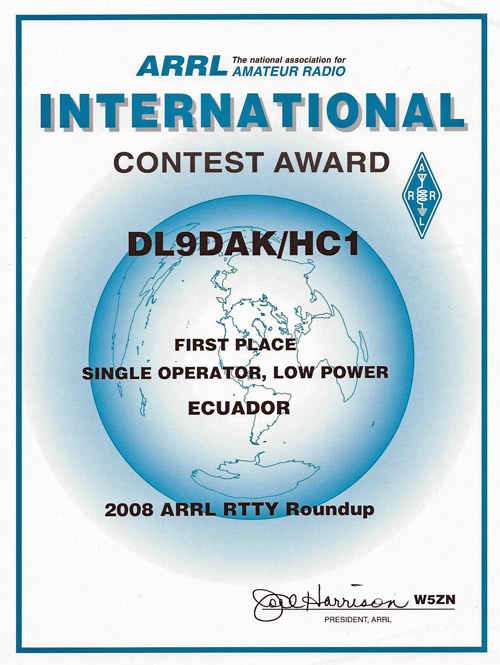 From 16th until 18th of January 2008 I operate from Galapagos two or three hours a day. We had holidays and so the radio operation was an option. The antenna was build up on the roof of the hotel located in Puerto Ayora on the island Santa Cruz. Depending on the daytime I used a dipole for 20 or 40 meters (see photo above). 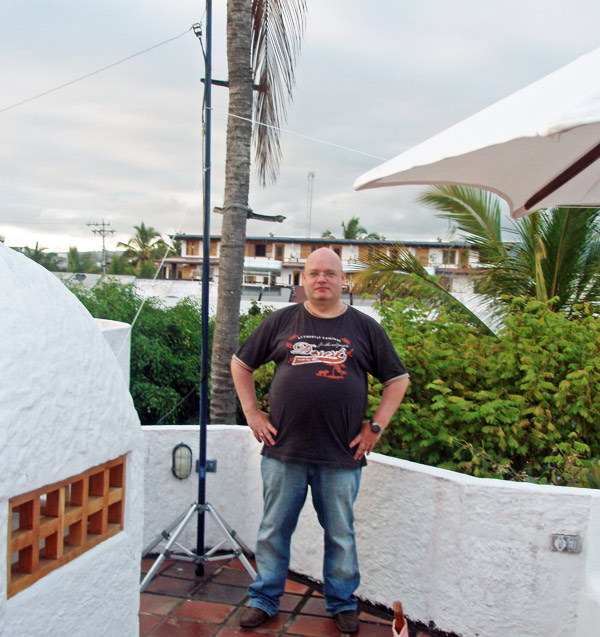 The antennas worked very well and so I worked app. 80 stations. It could be more but I caused a havy pile-up and so I got a lot of QRM. Sometime it was necessary to work in split frequency mode. HC8 seems to be rare in digital modes. Also a few stations from europe were in the log after finishing the DXpedition. 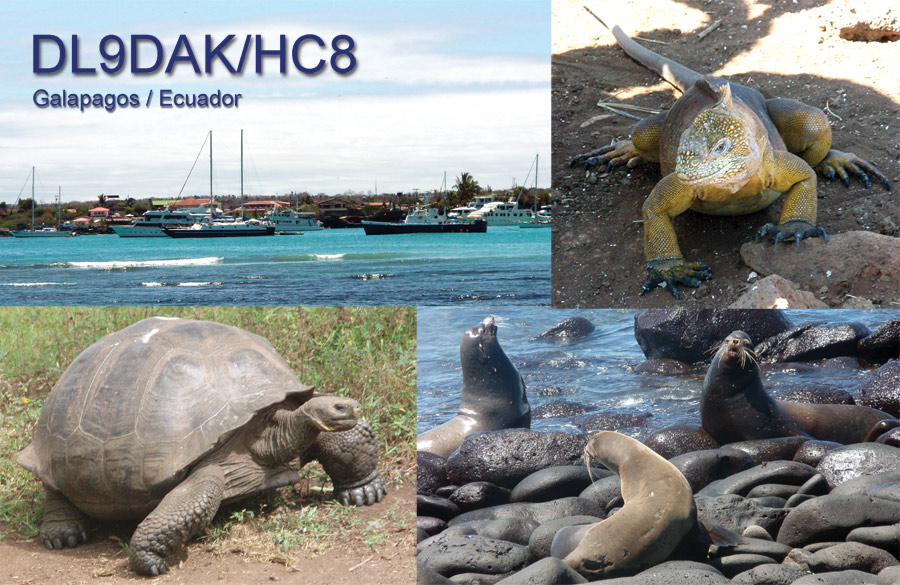 I design two QSL cards on for HC1 and one for HC8 all with photos which I made with a small pocket camera without any zoom. If you are interesting in nature you have to visit Galapagos. It was a magnificent experience.